Cooking your own star

This recipe provides you with a star, adjust the amounts of ingredients to achieve the desired hotness, colour and size. Note: some choices may result in short and violent lifespans of your star (warn the guests), whereas others may give stars more durable than burgers from McDonald’s, with lifespans longer than the age of the Universe. Note also that, despite all your efforts, you might end up with two. 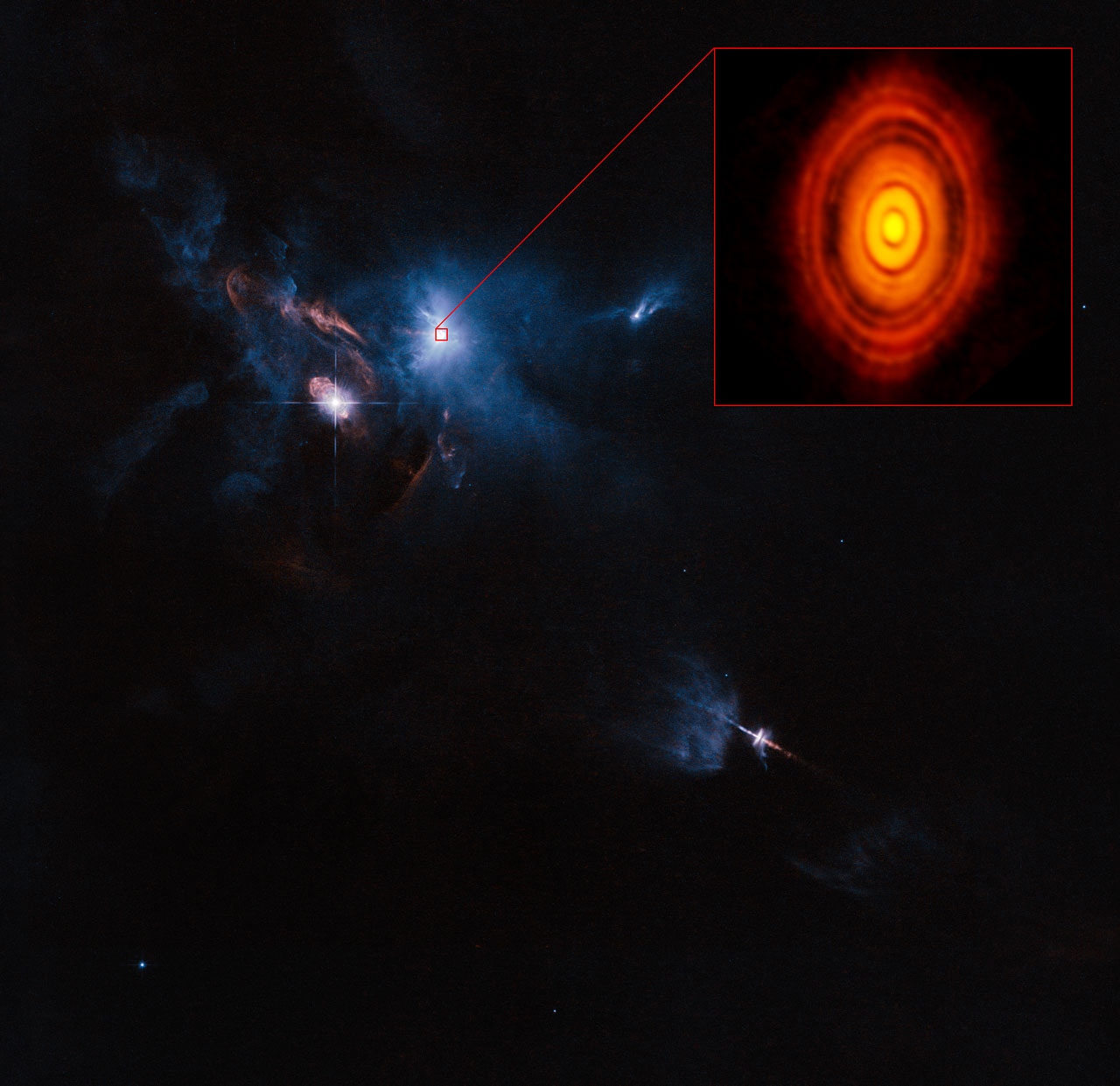 Imagine – your very own star. How would it look? Would it shine long and gently enough for a planetary system to form, possibly sustaining sentiment life? Or would you rather go for a ferocious one, so massive and energetic that we don’t have them around anymore, but that once upon a time could have heated the Universe from its cold and dark initial state? The choice is yours.

“We’re made of star-stuff”, Carl Sagan said. Our composition might not reflect the composition of stars, but we sure do come from them. Do you see a stone? Even though the minerals were formed under extreme pressure and heat here on Earth, the minerals consist of even simpler particles, atoms, of which many were formed in the even more fiendish furnace that a star’s interior can be.

So, here are some predictions, if you are creating more than one star, please make sure that your sample reflects these observables: A star is a huge lump of gravitationally bound gas, where the radiation from the fusion in the densest and hottest place (usually the core) is able to exert a noticeable force on the gas, preventing it all from falling to the centre. You could also have convection, bubbles of gas rising without cooling as fast as its surroundings, as well as the gas pressure you might know from the ideal gas law, P = NkT/V.

But where do you find that gas? Until Amazon goes to space, we’ll have to rely on Giant Molecular Clouds (GMCs) for supply. They are nice, but strange beasts. How can you have clouds of gas that themselves do not collapse to form huge structures, while still having loads of stars forming in them? The thing is, they are turbulent beasts!

Once you’ve found a GMC (one that’s less than 10 million years old will do), you’ve got to: 1) Un-stir some gas, it needs to loose some angular momentum, 2) Radiate away some gravitational potential energy. Using the supersonic turbulence of the GMCs, you’ll achieve this. The turbulence will create the (calm) conditions you need in certain places.

Step 2: Sprinkle with quantum mechanics (energy and mass are the same)

The fuel of stars are atoms that fuse together and form heavier atoms (until you reach iron). These products are however not as heavy as their original constituents. The excess mass is turned into energy, from the famous relation that mass and energy are the same (hey, Einstein!).

On Earth we are trying to do the same, but with limited success (fingers crossed for the Wendelstein 7-X Stellarator type fusion reactor which just got approval to start!). Nuclear reactors, you say? Well, it’s kind of depressing. They’re all Hell’s Kitchen there, it’s all about the break-up of atoms heavier than iron (as fusion beyond iron produces heavier atoms than your original constituents, thus requiring energy input that can be liberated through fission).

Depending mostly on the temperature in the core of your now rather assembled dense cloud of gas, it will burn, or fuse atoms together. Should you be unlucky, you will end up with an non-fusing brown dwarf (that’s what happens when you don’t buy enough ingredients!). The initial state of the cloud will also determine whether you’ll end up with one star or multiple! Approximately 2/3 of all stars are in configurations with one or more stars [2], and if you think you’ve managed to cook the one star you were wishing for, I have to warn you – initial states are not always stable, and your star could break up forming multiple, more stable stars.

Now is a good time to exclaim “Oh, be a fine girl, kiss me”! Once burning, your star can be classified from its temperature, being either an O, B, A, F, G, K or M-type star (a scheme developed by Annie Jump Cannon, the first female recipient of an Oxford honorary doctorate!) . O-type stars are blue and hot, whereas M-type stars are cold and red. Our Sun is a G-type star. A star’s luminosity already tells us something about its temperature and radius,

But, if the star’s luminosity also reveals its mass, it is a main sequence star, and that’s what it (and most other stars) will spend most of its life as, before departing… Simulated life tracks of stars with different masses, each line is the life of a star with a given mass. The masses are increasing from 1.8 solar masses (lowest red line) to 12 solar masses (topmost red line). The stars spend most of their life residing along the leftmost diagonal where there is a nice relationship between temperature (which increases to the left!) and the star’s mass. When it has run out of fuel, it departs and follows the track to the right, becoming mostly colder, except for some (violent) harks. Adapted from Fig. 8 in Bressan et. al. (2012) [3].

Step 4: Prepare for what you never thought would happen – running out of ingredients

Your star will start harking after having fused a heap of the hydrogen in its core. The apparent temperature of the surface will drop, most of the lines in the figure above go to the right, whereas your star stays roughly as luminous. The luminosity no longer reveals the star’s mass, that means it has departed the main sequence. How could that happen? Now is the moment to briefly leave the role as cook, and become an astrophysicist. The equation above describing the relation between luminosity, temperature and stellar radius gives you the answer! If the luminosity stays the same, but the temperature is decreasing, then the radius must be increasing. Your star is swelling up!

Back to cooking, the swelling happens as hydrogen has fused into helium, and now the hydrogen around the core is starting to fuse, pushing the outer layers further away, blowing up the star as a red giant, whereas the core itself, consisting mostly of non-burning helium, is contracting until no more contraction is possible.

This means that your neatly prepared icing, the planetary system I’m sure you’ve spent some ten billion years preparing, now was largely swallowed up by the expanding star.

Well, the swelling does not happen to all stars. The least massive ones, having a mass that is some quarters of the Sun’s, simply fade and the remaining mass contracts until it can’t anymore, and goes from being a red dwarf, to being a blue dwarf before it finally ends as a white dwarf. The thing is, we haven’t seen any stars go through that process. These stars will spend tremendously long time on the main sequence before reaching their final stage in life. Whereas the O- and B-type are massive and ferocious, but also very short-lived, the less massive ones can have a life spanning trillions of year. As the age of the Universe is nearly 14 billion years, you could develop many high-speed hobbies in the meantime, as watching paint dry and grass grow.

Either in the middle of your red giant, or your fading white dwarf, there is now a rather incontractible core that is only supported by quantum mechanics. Roughly, the Pauli exclusion principle says that no two particles can occupy the same spot. When sufficiently squeezed together, particles eventually occupy all available positions in real and momentum space. Additional particles are stacked increasingly more distantly, both at increasing distances but also with increasing velocities.

As helium accumulates on your hard core, the density increases, and so does the temperature. Eventually, the temperature gets so high that huge chunks of the helium easily is burnt away. This happens in a series of helium flashes [4], ejecting outer stellar material. The flashes create the conditions for thermal pressure to overtake control again, and helium is fused, now without an electron degenerate core. Your particles are again free to move.

For more massive stars, the thermal pressure and temperature will be so high that helium will start burning in the core, even without calling out to quantum mechanics for help. Even though you’ll be spared helium flashes in that case, the end-product will be the same: a star burning elements heavier than hydrogen in the core and possibly in concentric shells as time goes on. Your multi-billion star-baking adventure draws to an end. Your star is yet again on its way to another collapse as it is running out of fuel, or more precisely, the temperature is too low to fuse the even heavier elements into the final products that you’ve waited so long for. The stuff that we all are made of.

Remember the mass limits? Now, we’ll see how well you’ve behaved. The low mass stars have long gone off fading away, but they probably had a companion that they could suck the life out of in the meantime, literally. That also goes for those medium mass stars who now are collapsing into degenerate cores without any remaining surrounding gas, left behind as white dwarves, glowing, not from fusion, but from heat. These hard stellar remnants could accrete mass from its companion, until surpassing the Chandrasekhar mass limit which actually is just around 1.4 solar masses. At that point, there are no more free slots in either real space or in momentum space, the particles in the core are stacked and some move almost with the speed of light. Your last, slight addition causes the core to blows up as a Type Ia supernova, in the process leading up to it fusing many heavier-than-iron atoms and finally blowing them into space, where they join the earlier expelled starstuff. Perhaps ready to form new, more complex stars.

Heavier stars that by themselves are able to build up an electron degenerate core that eventually surpasses the Chandrasekhar limit, could also go off as a supernova, now as a Type II/Core collapse supernova, but there will also be something left! The negatively and positively charged components of the atoms were squeezed together and formed neutral neutrons, giving you a magnificently dense neutron star.

But, the thing is – if the mass of the star that was on the verge of collapse trespassed the Tolman-Oppenheimer-Volkoff limit of three solar masses, there would be no force that could prevent your remaining ingredients to fall inward. Your star would collapse to the mightiest of all creatures in space – a black hole. Imagine leaving a singularity in space and time, a near-infinite reminder of your cooking skills.

That is, unless you’re still waiting for your dwarf star to grow… Probably, you could fuse elements online faster than your star. In that case, see you next trilennium!