ESA Moon Village – what it really is?

Soon after Jan Wörner stepped into the position of the European Space Agency’s Director General on 1 July 2015 he begun discussing the idea of a Moon Village with international partners and been a very strong proponent of the idea. ESA Moon Village quickly became a topic caught by the largest media outlets in the world, and just as fast various misconceptions grew around it, sometimes from a simple misinterpretations, sometimes from looking at the topic in more “traditional” ways. Here we aim to straighten a few things, hopefully letting you to better understand what the Moon Village really is – an idea instead of a conventional programme.

Is Moon Village going to be a manned base on the moon?

I already got some mails asking for a position of the mayer of that village.

Very common perception is that the Moon Village will be some sort of base, where Europe shall put astronauts and invite other nations to visit. Americans would have a manned spaceships that would be used to travel there (but also Russians, Chinese, and in longer terms Indians would develop their own spacecrafts). Houses in that village would be built using 3D printing technology, while population would be made of civilians and scientists, maintaining the base, mining (propellants, water, more) and doing science.

Moon Village is nothing like that. It will be a very open form of cooperation between various different space-fairing entities to support lunar activities, an understanding of nations to go to the Moon. As Jan Wörner said it himself:

It won’t be single programme like the Apollo. It won’t be built of modules like the ISS, developed by various nations (and soon also commercial companies with Bigelow module about to be sent on ISS), and assembled into a single base. It’s a concept, an understanding, not a single facility.

While ESA does team up with international partners to send astronauts back to the moon (notably with NASA for EM-1 and EM-2 missions) – it’d be done within the frame of a Moon Village, however it wouldn’t be the Moon Village. 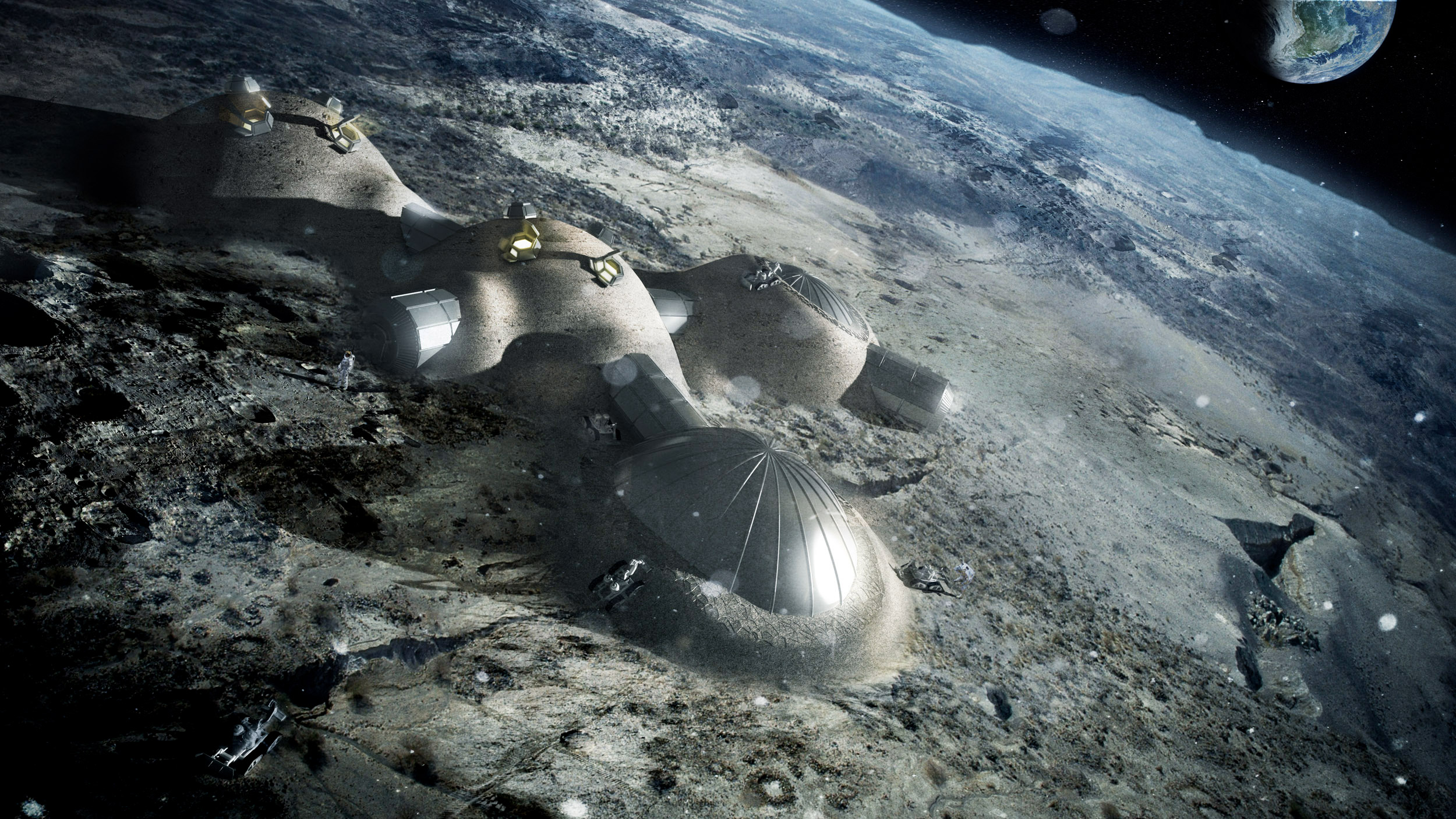 Above you can see two most common illustrations in the articles about the Moon Village. They are actually from the article “Building a lunar base with 3D Printing” released in January 2013, long before Wörner begun discussing the idea of the “Moon Village” on an international stage.

Where will the funding come from?

While it’s true that currently vast sums of money in most of the major space agencies are allocated for the International Space Station, the Moon Village is meant to be the post-ISS project. Once funds for ISS are freed a new perspective for manned spaceflight will be opened.

Before Wörner stepped in with the Moon Village it seemed that with the end of ISS an international cooperation in space would disperse. While cooperation in an individual missions would still keep on going as it is right now (for example Euro-Russian ExoMars mission), there would be no grand international scientific project in space that could become a successor to the ISS. USA would focus on its Journey to Mars, Russia and Japan would focus on a low-Earth orbit, while the other two big space-fairing nations currently not engaged in ISS – China and India – would continue their own projects.

Moon Village became the first and still the only idea for the post-ISS era. As such it enjoys enjoy far more comfortable budgetary constraints. Inclusion of nations currently not engaged in ISS, such as India or China would also boost resources available. Additionally space agencies and other entities that currently do not have to have any manned spaceflight capability could also participate through robotics and telerobotics. Additionally costs of the whole enterprise would be lower than during ISS construction thanks to extensive cooperation with non-governmental partners, such as an emerging New Space companies.

Combined ESA manned exploration and robotics budgets over time (for 2017 it’s Manned Spaceflight & Robotics, 2016 and before: a sum of Human Spaceflight and Robotic Exploration & Prodex)

What is the point of the Moon Village?

ESA indicated several goals that need to be accomplished by the post-ISS infrastructure:

Moon Village would not only fulfil them all, but also go beyond this, between many exploring the frontier of telerobotics and in-situ resource utilisation.

Unlike Mars, Moon is by far more accessible to a wide range of commercial partners, therefore ESA aims to expand cooperation with these commercial entities, experiment with new models of partnerships, as well as open up the Moon for commercial utilisation, be it through mining, tourism, moon products or any other emergent disciplines.

What was accomplished so far?

To date numerous parties endorsed the Moon Village, notably China in April 2017 or United States FAA Advisory in December 2015. Moon also becomes a reoccurring topic in various private enterprises, notably as a goal for Jeff Bezos’ Blue Origin or for ULA with its Cislunar 1,000 Vision.

Currently ESA plays the role of initiator and coordinator. It’s also leading discussions with other agencies and commercial stakeholders about contributing different elements, defining level of possible contributions. While no mission is officially a part of the Moon Village just yet, a few interesting developments happened in Europe that are worth bringing attention to: 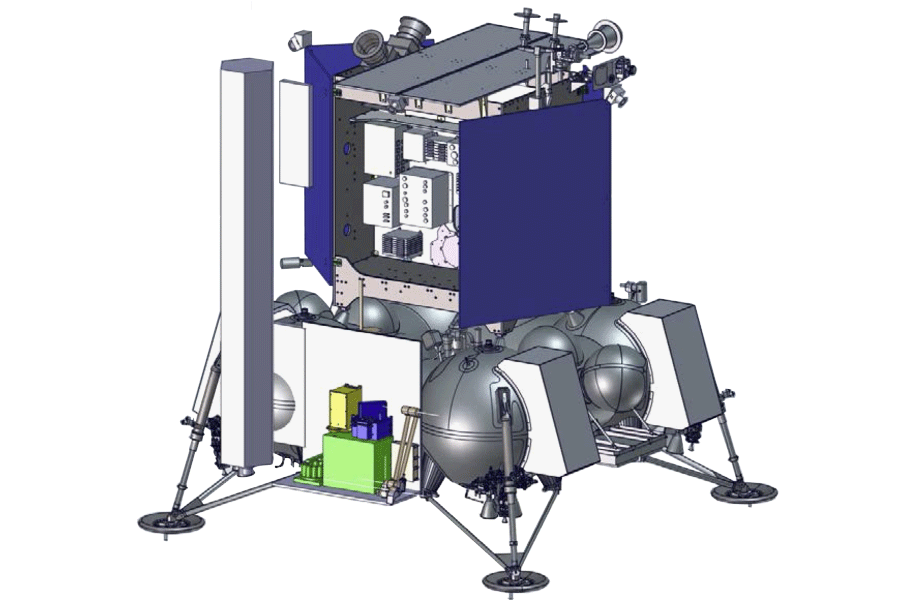 One example of a robotic mission that could become a part of the Moon Village that was specifically given by Jan Wörner was Luna 27 (also known as Luna-Resource – Луна-Ресурс), a planned joint Russian-European lunar lander that is scheduled to be launched in 2023. Most notable European contributions would include European precision navigation system dubbed PILOT and an instrument package PROSPECT that will be capable of drilling up to 2 meters beneath the surface, making it the first, true in-situ prospecting for lunar volatiles – the key to mining water of the moon.

Already in November 2009 ESA awarded a contract for study of 3D printing from the lunar soil. Results were published in a paper titled Building components for an outpost on the Lunar soil by means of a novel 3D printing technology and among many results of the study was the first full scale 3D printed building block of the future lunar habitat. With a mass of 1.5 tonne, printed using D-shape technology, which required special salt as a binding agent of the regolith, it is something to behold. 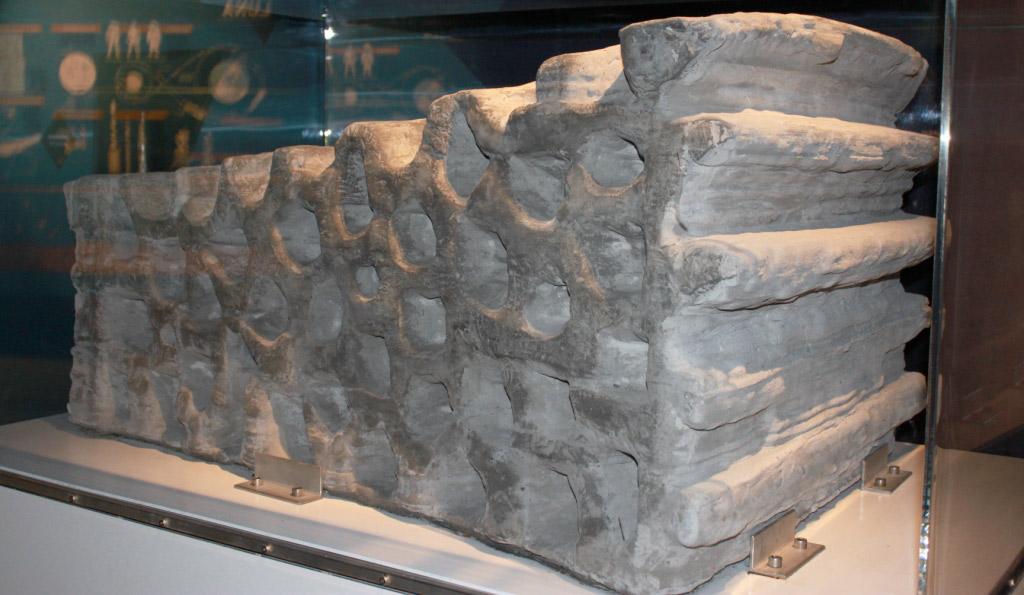 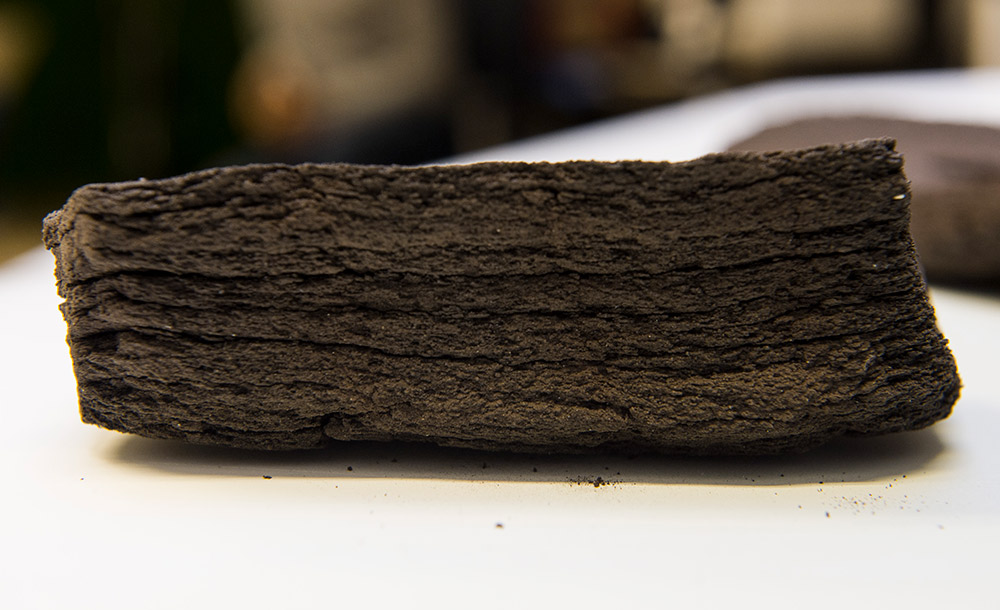 Another very interesting development related to 3D printing of the lunar bases is EU-co-funded RegoLight. This approach uses focused solar energy for sintering of the lunar regolith, which allows it to be much more efficient than systems which use solar panels. Also, unlike previous project it doesn’t require a bonding agent what is a key to a sustainable 3D printing of the entire bases. Study aims to end in October 2017 and will advance ESA’s capabilities in 3D printing.

Another important aspect of building a sustainable Moon Village is to provide food for the astronauts. As the manned missions would likely begin in space – agencies have to strive for minimizing the mass of delivered, and a good way to do it is by producing food directly in space or in a habitats. While the first large European plant growth experiment was EMCS launched in 2009, numerous advancements were made since.

The most notable project currently in development is DLR-lead, EU-co-funded, EDEN ISS. Using glasshouse in a closed container that will be shipped to Antarctica in October 2017, it will prove that high plant cultivation can be an every day reality for future lunar or orbital habitats. Container uses International Standard Payload Racks for the whole cultivation system, opening the door for easy integration with existing space infrastructure. System will also demonstrate a full mass flow for the key technologies, including structure, water, nutrients, thermal and power control. 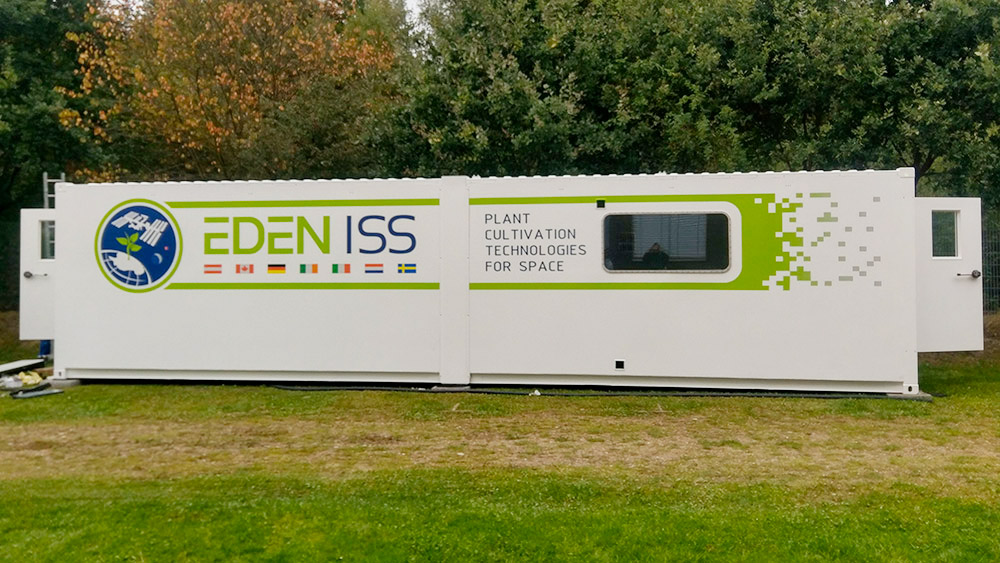 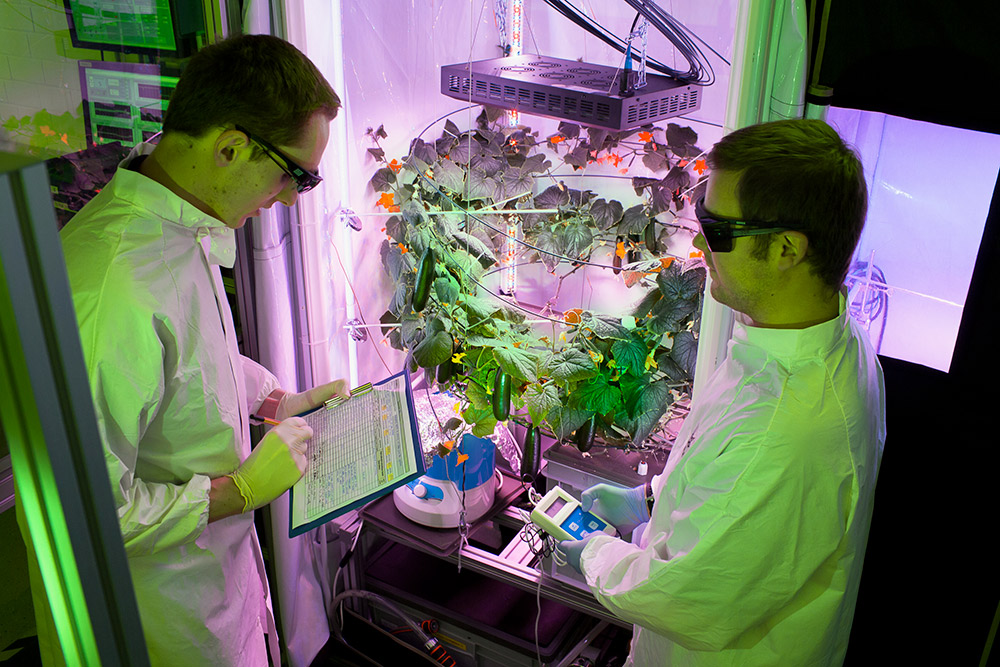 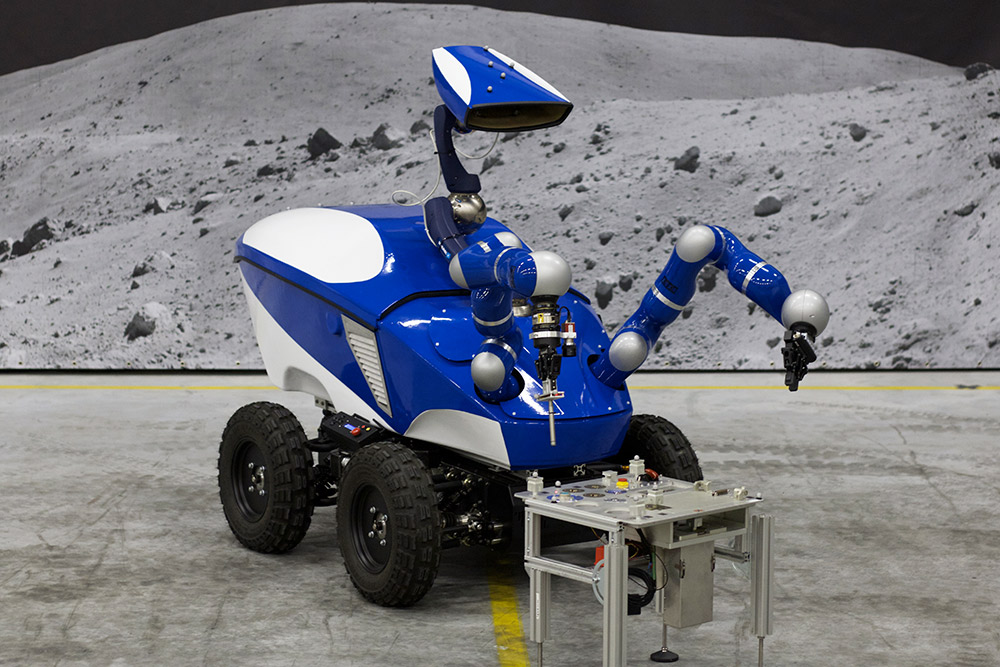 What if an astronaut to see, touch and move on a surface of the moon, without actually being there? That’s one of the objectives of ESA’s Human Robot Interaction Laboratory. In September 2015 agency tested its Interact Centaur rover: an astronaut on the International Space Station, Andreas Mogensen, remotely controlled rover in the Netherlands, finding a metal pin, grabbing it, and then placing inside of the plug with sub-millimetre precision. While first steps in this technology were challenging, especially given ping times exceeding 850ms, future of telerobotics on the moon in particular seem bright. As technology matures astronauts would be able to conduct complex, multi-month missions across the surface without worrying of life support or their safety on the surface.

Obviously this is just a tip of an iceberg, there are numerous other completed, ongoing and currently negotiated projects that could (or will) become a part of the Moon Village. Just to quickly mention few more: Cislunar outpost, NASA’s SLS EM-2 mission (ESA already funded its service module, however it remains to be seen if there will be any European astronauts onboard), or a LUVMI rover.

While European Space Agency itself hasn’t committed any solid funds towards its own lunar missions (everything so far is being done in cooperation with partners) it becomes apparent that we will see solid reorientation back to the moon in 2020s. And while eventual Mars missions will happen – international space exploration will be centred around the cislunar space, not just to put the boots on the ground, but as a large international collaboration between institutional and commercial partners aimed at the exploration and utilisation of the moon in a long term, sustainable way. 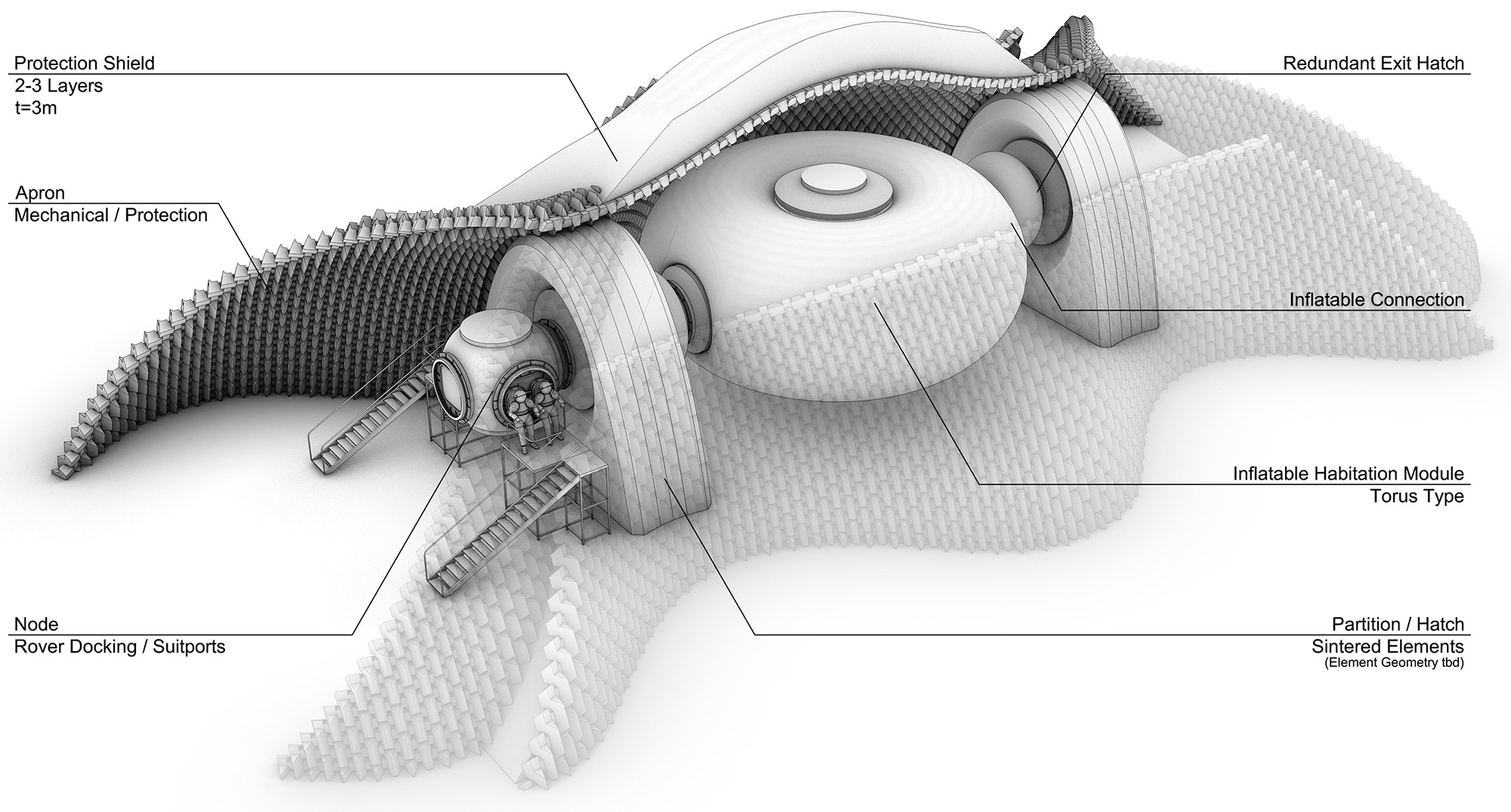